I'm leaving tomorrow for another season at McMurdo in Antarctica, my second time.  I will be working for Lockheed Martin this year instead of Raytheon (last year's contractor).  They both are contracted by the National Science Foundation (NSF) to support the science and research going on in Antarctica.  This departure date is a few weeks later than last year, so I have been enjoying the Pacific NW autumn immensely.  Beautiful weather and awesome colors. Reasons for the delay are many but include the extra time a new contractor needs to get up to speed. I will be in the ATO Shuttles department again with an awesome group of folks and wonderful boss. 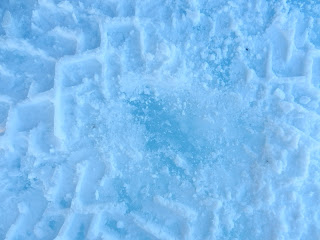 Tire tracks on the ice. 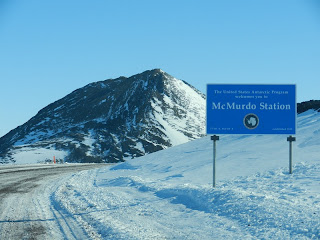 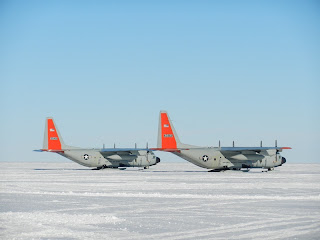 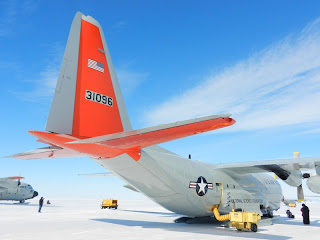 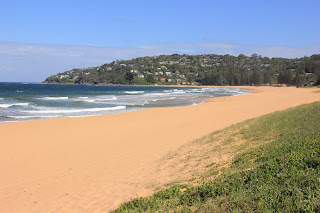 "One of these photos desn't belong with the others."
This is Palm beach north of Sydney, a favorite of mine.
Posted by Randy at 8:00 PM No comments:

This summer I took a job driving shuttle vans for Coach America. I drove train crews to and from trains, yards and terminals across western Washington.  A fun job, but long hours and a terrible schedule.  I usually worked the 1800 to 0600 night shift.  Nice because traffic wasn't too bad but it was very hard to adjust my body clock to working nights.  My home terminal was the BNSF Delta yard in Everett. I drove as far north as the Canadian border, as far south as the Oregon border and as far east as Wenatchee. 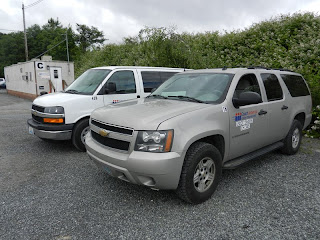 The Chevy Suburban or white van I drove.
The office, trailer C, in the background. 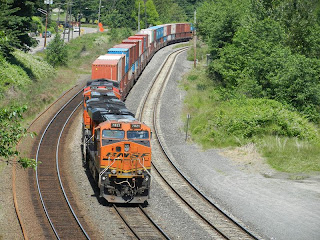 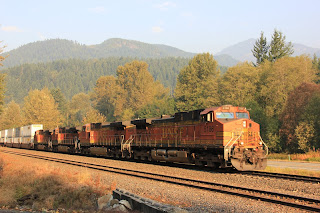 Another stack train east of Skykomish. 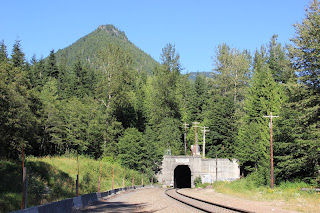 The west portal of the 7 mile long Cascade tunnel. 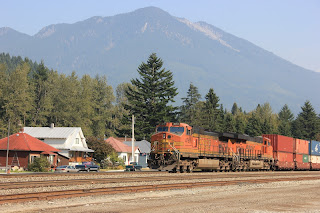 Another stack train at Skykomish.