A C-121 Constellation ("Super Connie") crashed on October 8, 1970 in Antarctica. I was fortunate enough to enjoy several boondoggles to this site this year.

The Lockheed Constellation "Pegasus" (VXE-6) crashed due to very low visibility landing conditions. Nobody was seriously hurt and all 80 crew and passengers survived.

This aircraft was powered by 4 18-cylinder radial Wright R-3350 engines and distinguished by a triple-tail design and dolphin-shaped fuselage. This type of plane was the presidential aircraft for U.S. President Dwight D. Eisenhower.  The ice landing strip was then named Pegasus White Ice Runway, and the landing field, Pegasus Field, in honor of the aircraft.

The Pegasus remains there to this day, buried beneath snow. The Lockheed Constellation does get some visitors for a plane in the Antarctic. The image of the flying orange Pegasus that is detailed on the side of the aircraft must be dug out to be seen. 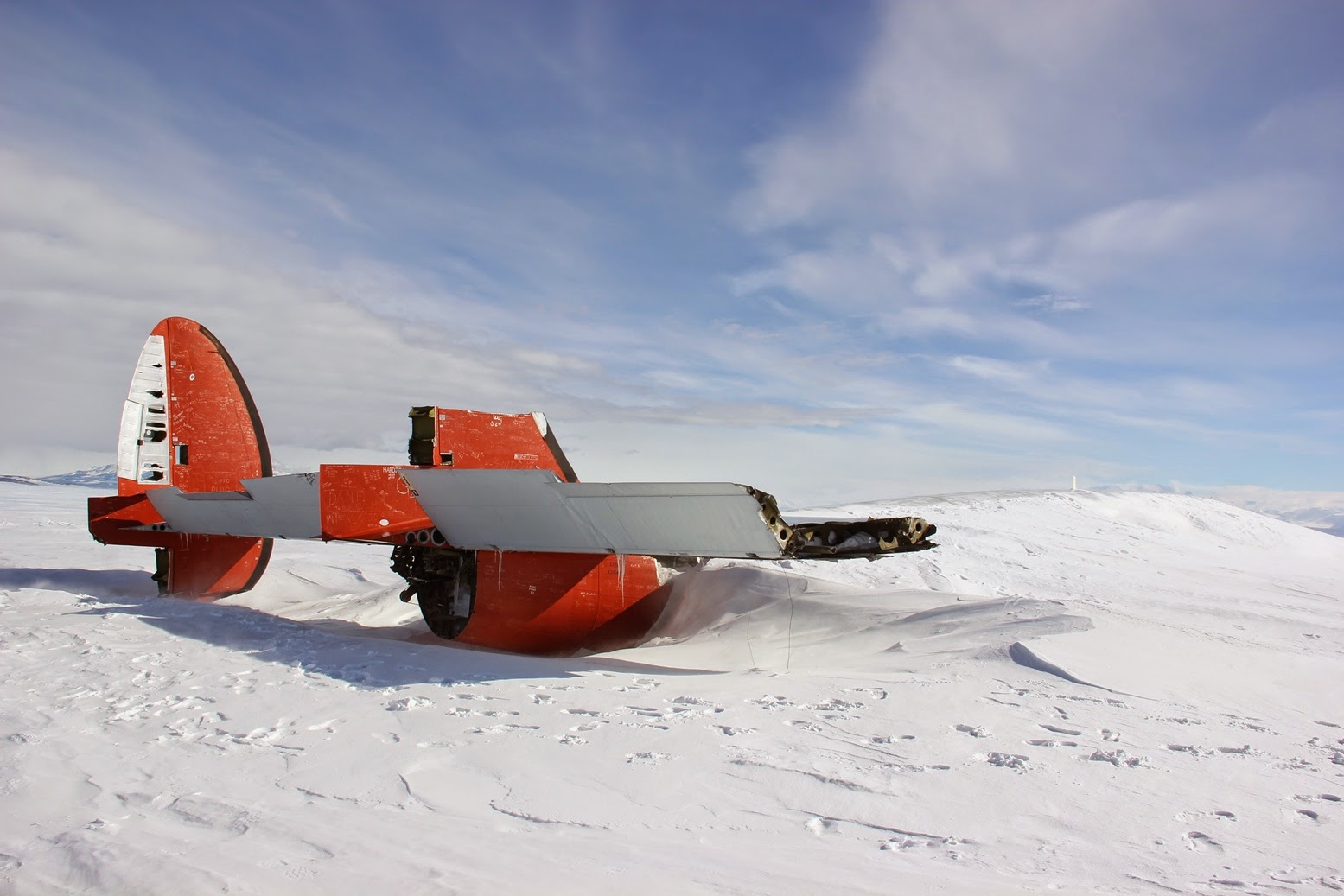 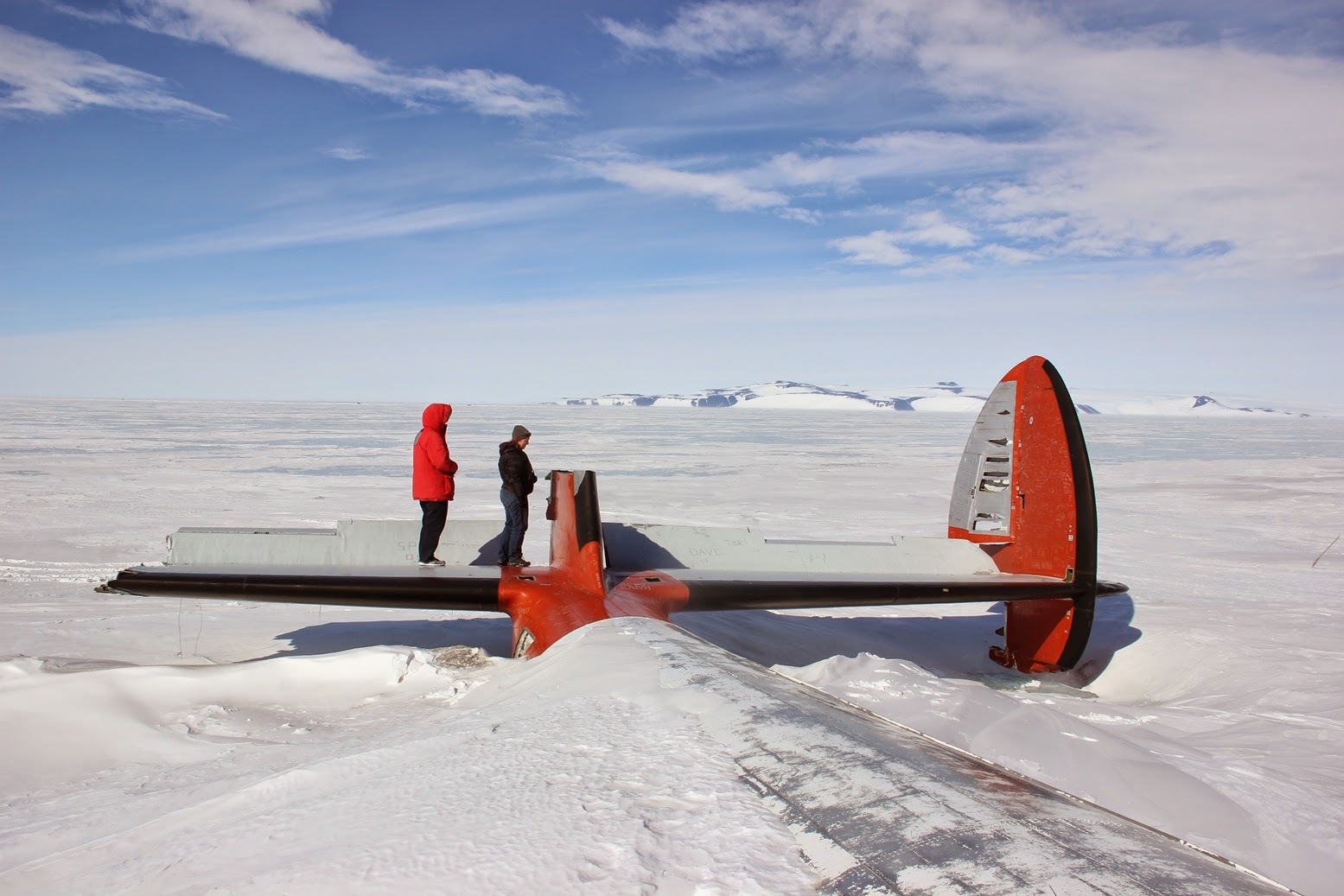 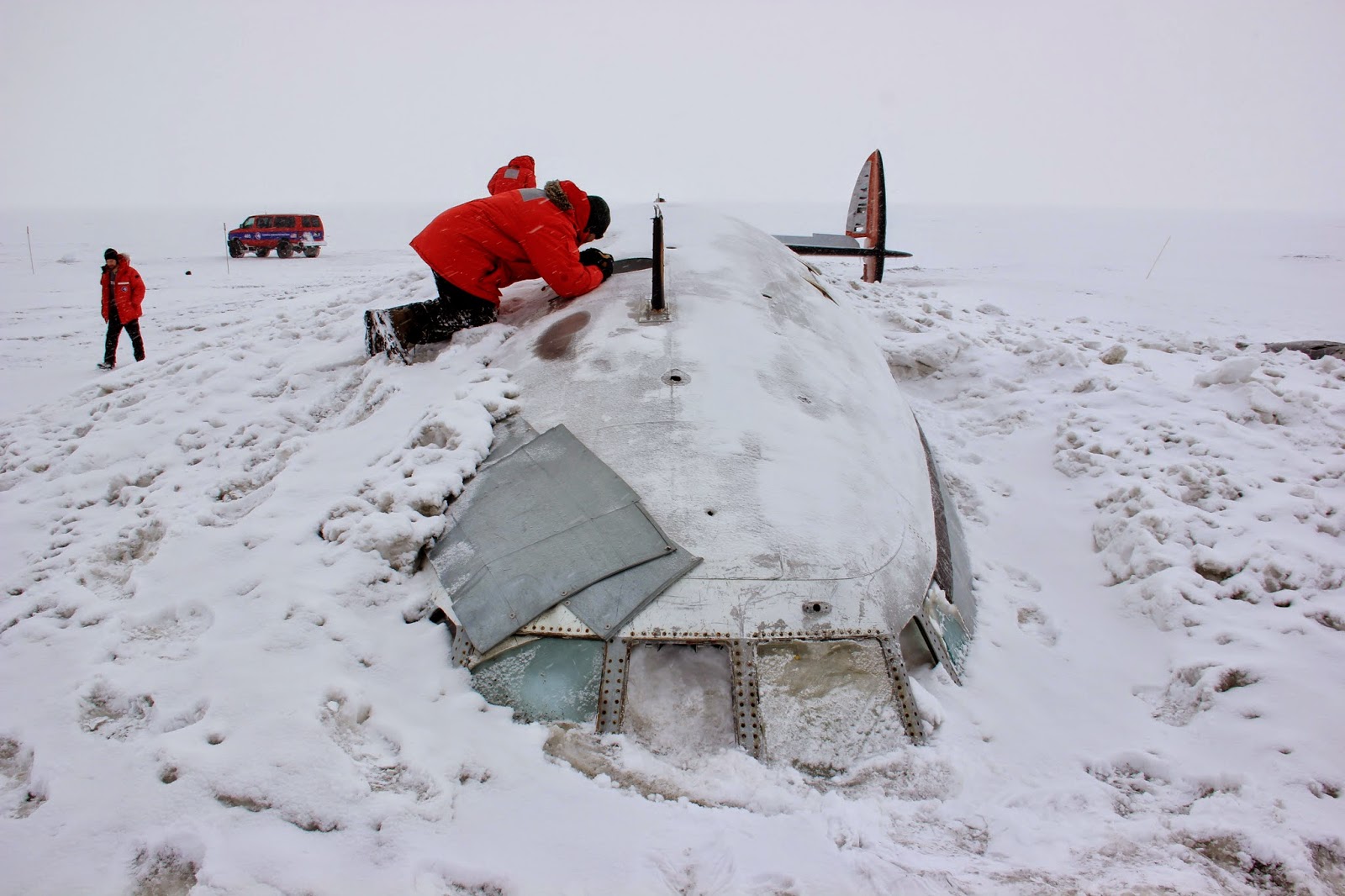 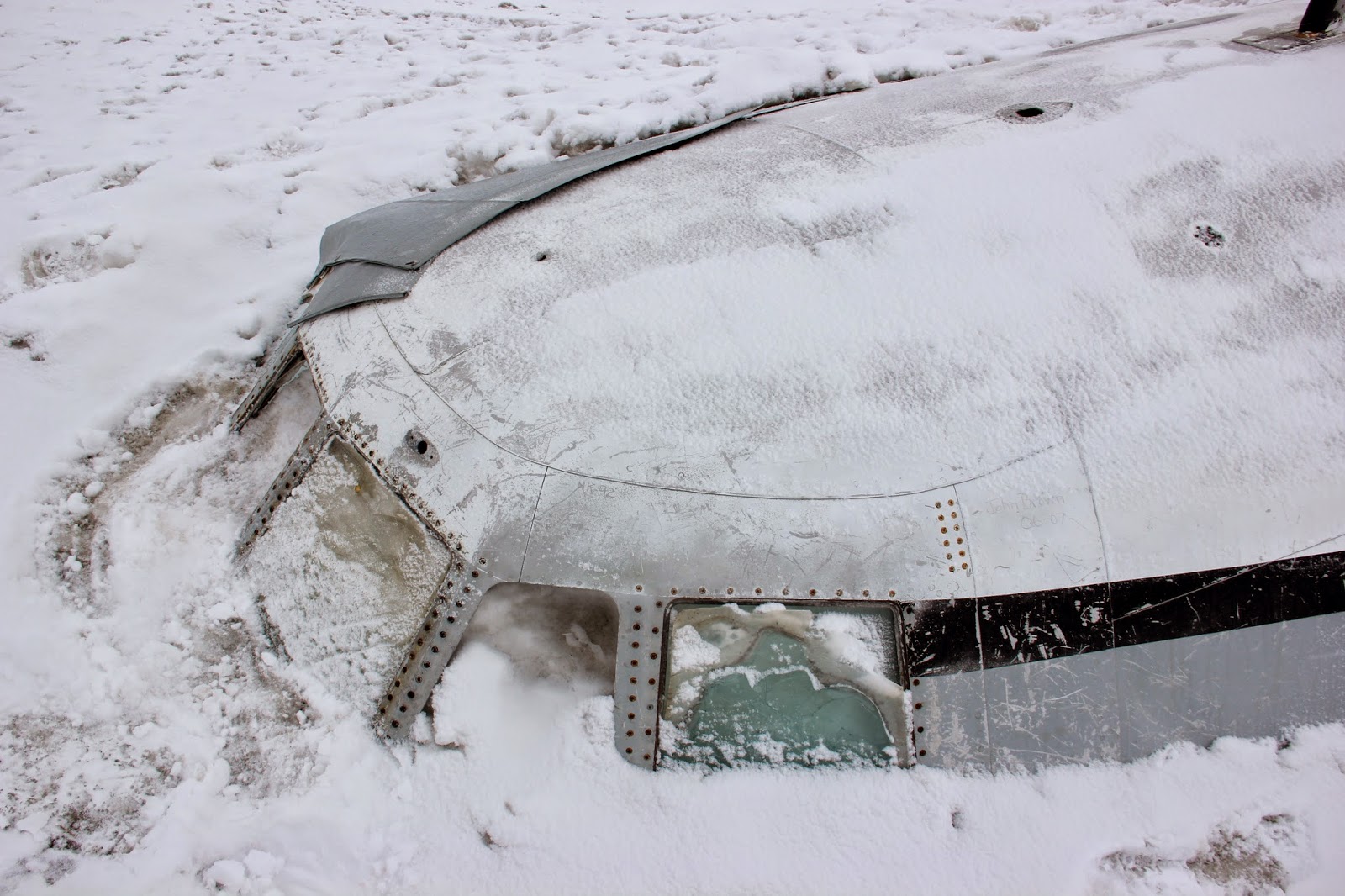 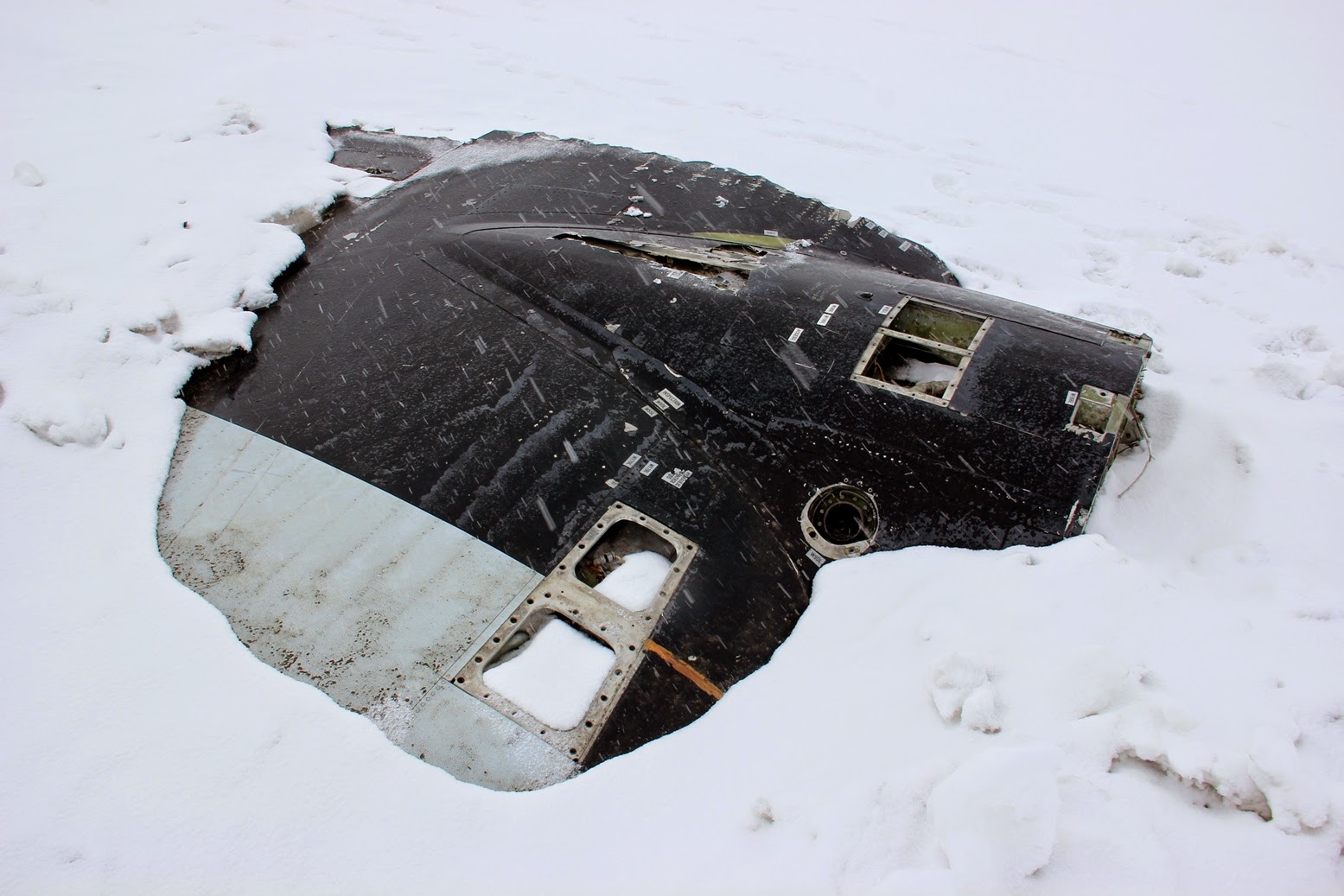 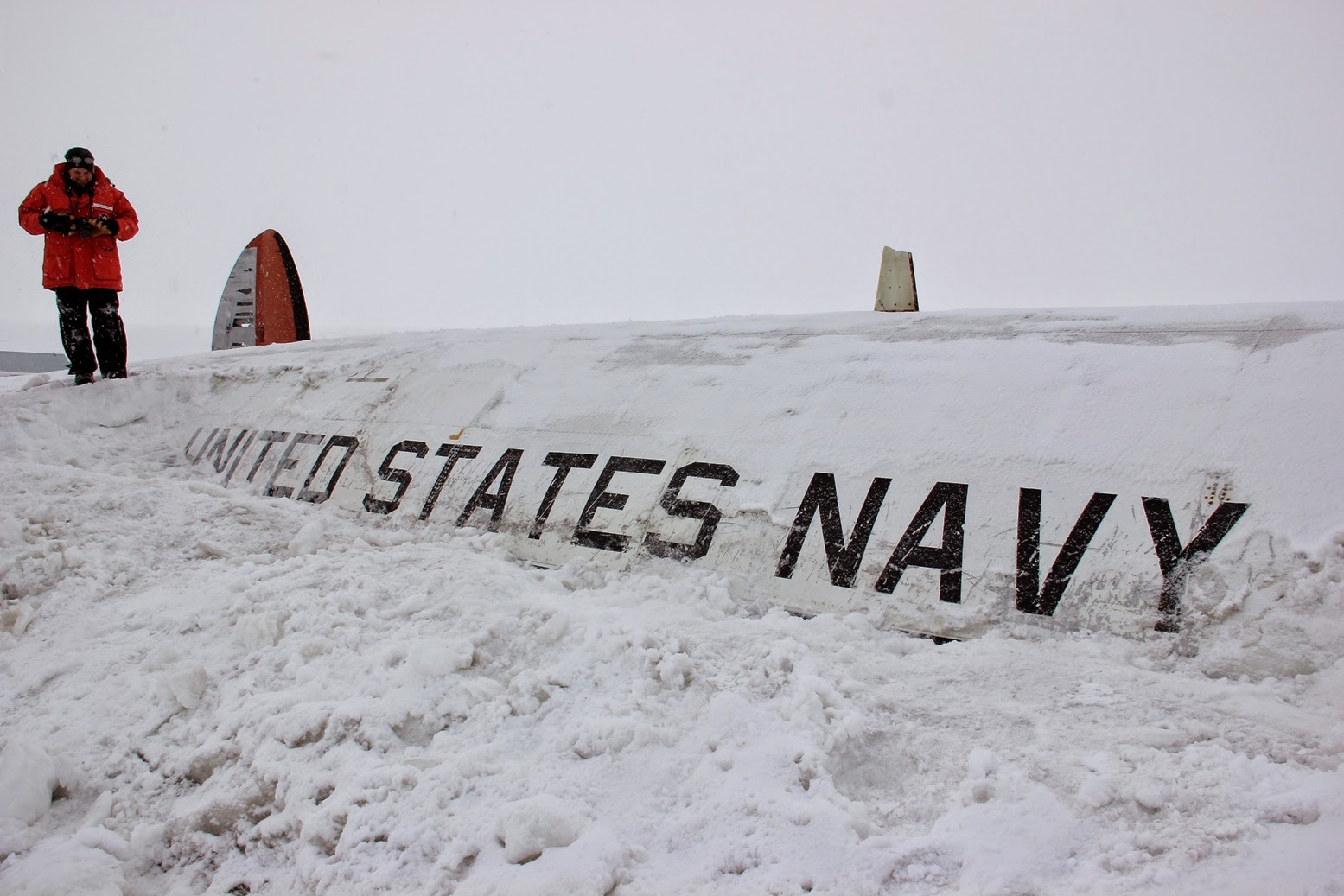 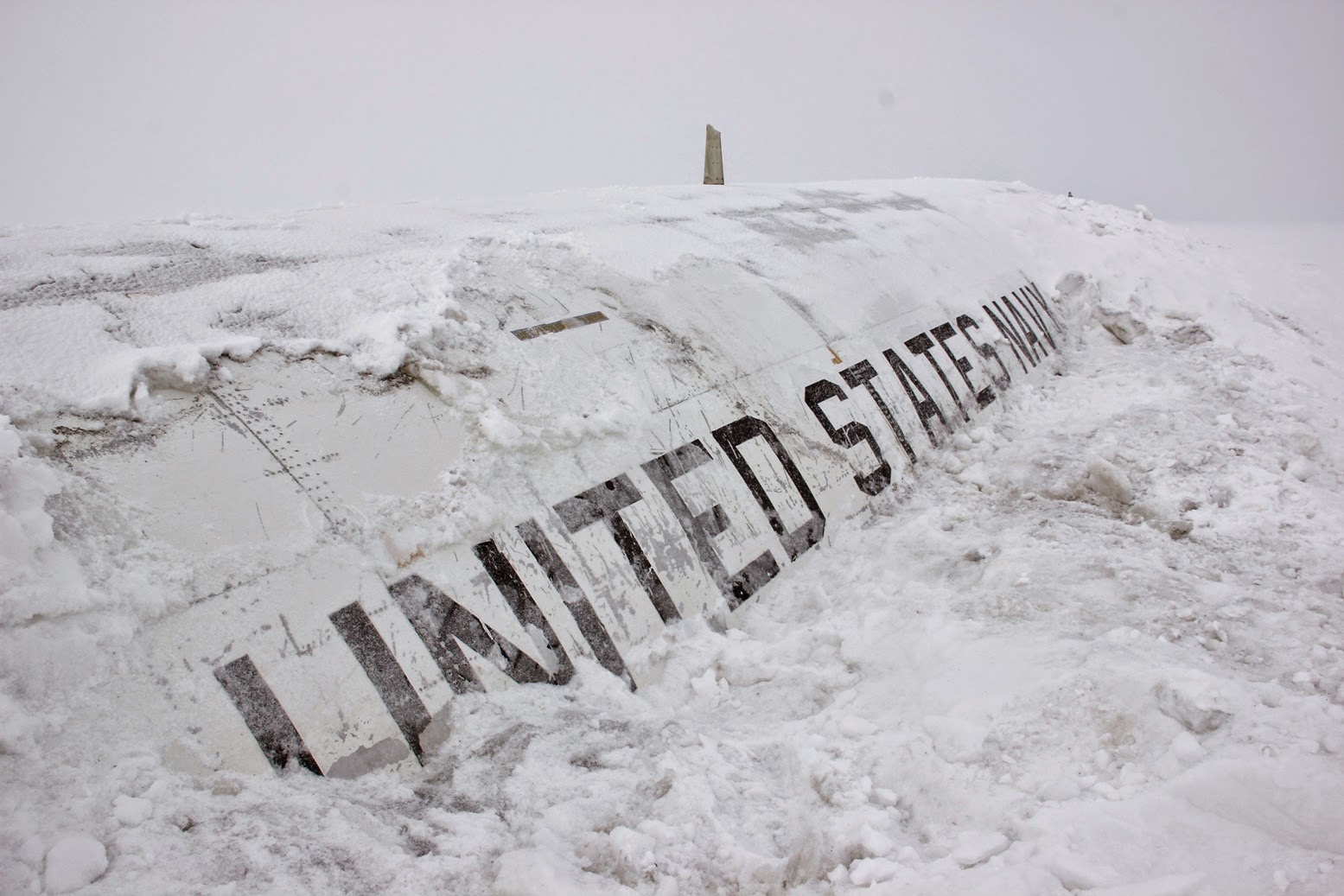 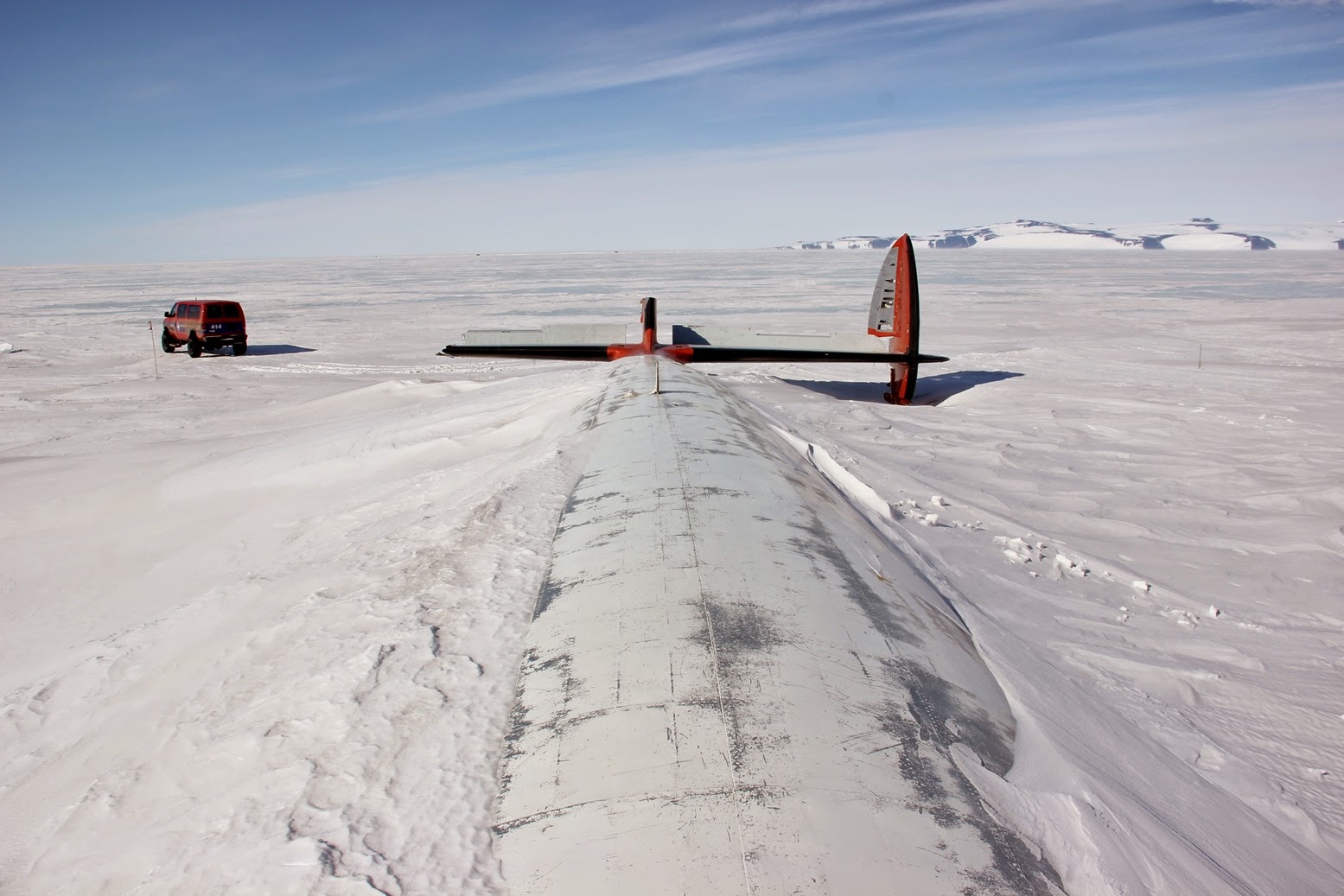 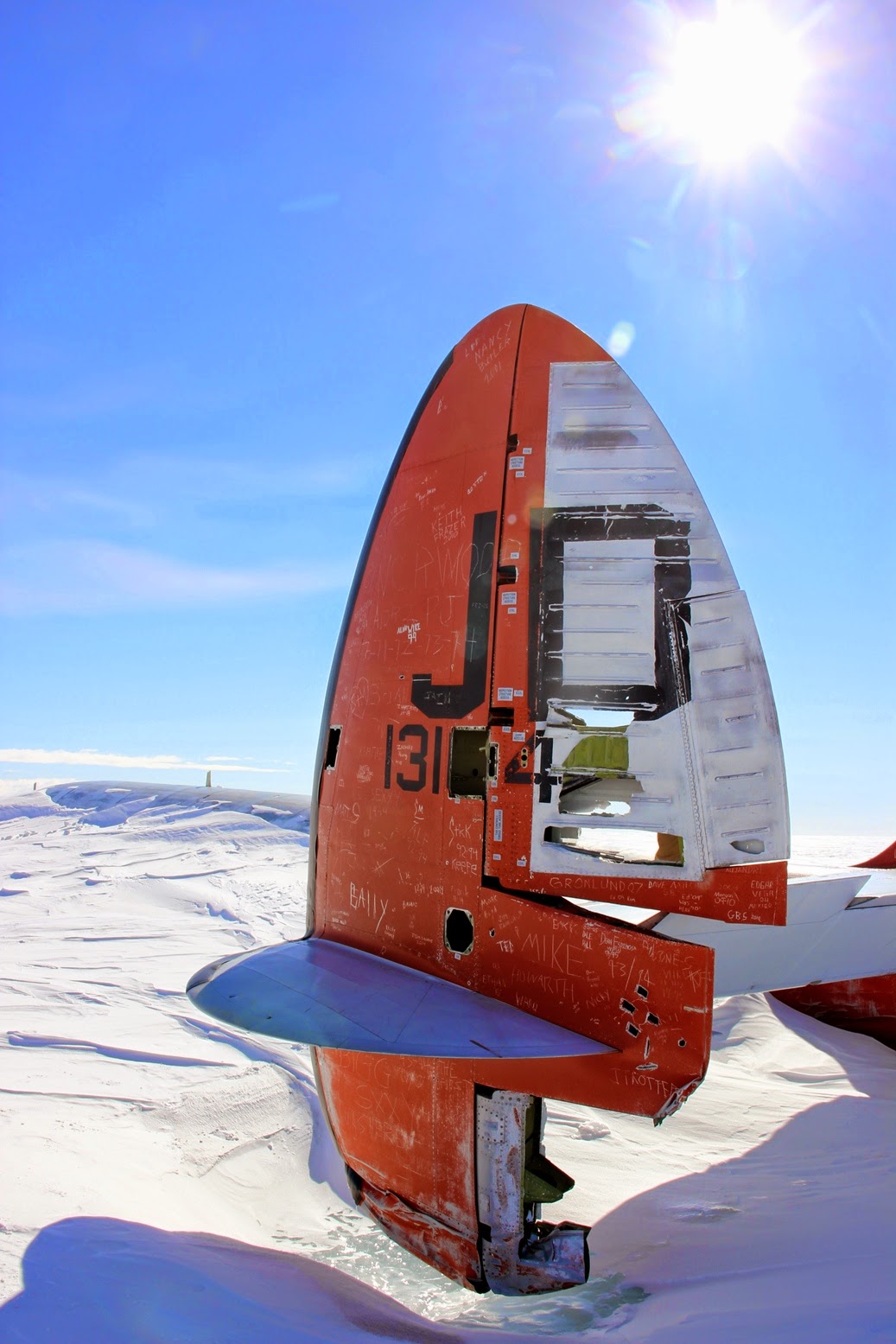